ANOTHER NINETEEN - One of the Greatest 9/11 Truth Books Yet!


"Another Nineteen: Investigating Legitimate 9/11 Suspects" by Kevin Ryan is one of the greatest 9/11 Truth books yet! And there have been some great ones, such as "The 9/11 Commission Report: Omissions and Distortions" and "The New Pearl Harbor Revisited" by David Ray Griffin, "Crossing the Rubicon" by the late Michael C. Ruppert, "Towers of Deception" by Barrie Zwicker, and "The Road to 9/11: Wealth, Empire, and the Future of America" by Peter Dale Scott. 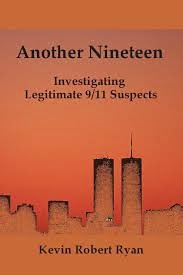 The esteemed Professor of Literature at UC-Berkeley, Dr. Peter Dale Scott, wrote this endorsement for the work, "Over the last decade, Kevin Ryan has been one of the most intelligent and useful analysts of what happened on 9/11, on topics ranging from the scientific analyses of how the WTC towers collapsed to the broader political background of the event. It is a most welcome opportunity to have the fruits of his researches collected in a book."

What makes "Another Nineteen: Investigating Legitimate 9/11 Suspects" unique and important is that it names people who were in a position to make sure that the outcome was the one that happened. Kevin Ryan names another 19 suspects, a list that includes people who could order a US military stand-down; people who could control the media story; people who could terrorize Congress with anthrax attacks; people who had the means to use remote control of airliners; people who had access to nano thermite and to the steel frames of the World Trade Center towers that 19 Muslims would never have had in order to cause 10 second disintegration style demolitions; people who could assure that nobody got court martialed, fired, demoted, or even reprimanded as a consequence of the monumental failures of the day but rather rewarded; people who could create a marketable myth and control the exploitation of the lie for repressive laws and resource wars of choice abroad; people who could control and assure a cover-up of the crimes. Some of those named will be familiar if not expected to be suspected, such as Vice President Dick Cheney, Secretary of Defence Donald Rumsfeld, and NYC Mayor Rudy Giuliani, CIA Director George Tenet, FBI Director Louis Freeh, and Generals Myers and Eberhard. 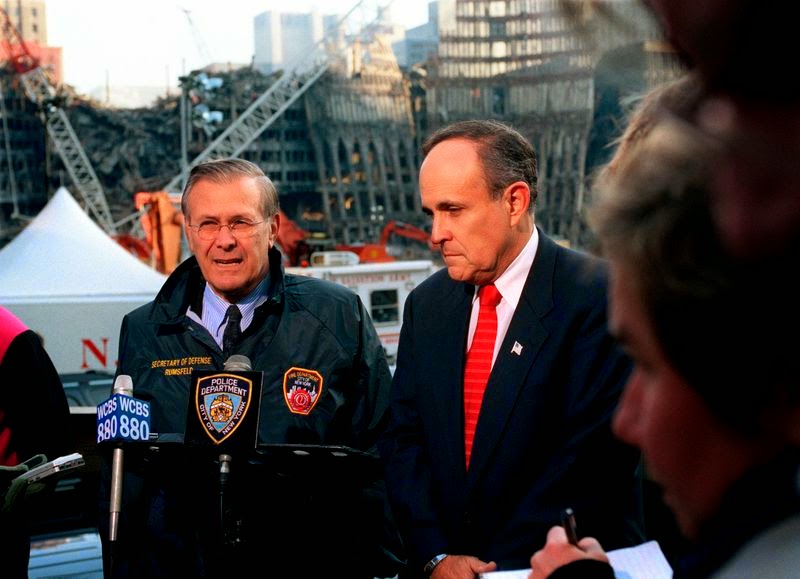 Others named may not be as well-known to the public, but they held key positions of power that relate to the crime. They all had the means, motive, and opportunity, and they all benefited considerably from these crimes. These would be Frank Carlucci of the Carlyle Group, Secretary of State Colin Powell, Deputy Sec of State Richard Armitage, National Security Director Condoleezza Rice and Deputy National Security Director Richard Clarke, Carl Truscott of the Secret Service, Deputy Secretary of Defense John Deutch and SAIC corporation, Paul Bremer, Brian Michael Jenkins, Wirt Walker of KuwAm, Barry McDaniel of Stratesec, as well as Paul Wolfowitz, Richard Perle, and other NeoCons from the Project for the New American Century calling for a "new Pearl Harbor".

Two good introductions to the book are the interviews done with Kevin Ryan by Abby Martin on "Breaking the Set" on RT and Bonnie Faulkner on "Guns & Butter" Pacifica Radio Network. 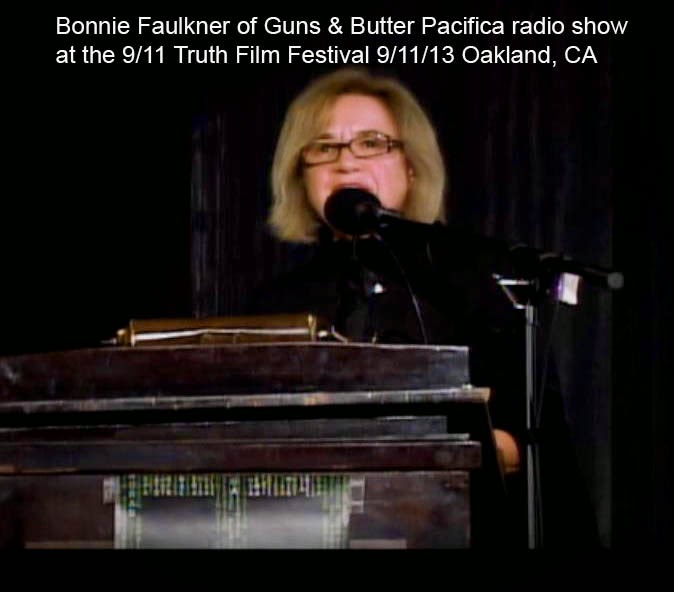 “9/11:The 19 Suspects the Government Wants to Hide”  (10:40) | Think Tank 9-10-13 Abby Martin speaks with Kevin Ryan, co-editor of the Journal of 9/11 Studies and author of 'Another Nineteen: Investigating Legitimate 9/11 Suspects', a book that explores 19 alternative suspects that he alleges had the real means and motive to pull of the 9/11 attacks.

The information in "Another Nineteen: Investigating Legitimate 9/11 Suspects" is detailed and documented in a scholarly manner with a common sense language in the tradition of Tom Paine. It makes a solid case for why these individuals should be investigated as "suspects". If these suspects are guilty of the crimes of 9/11, then a prosecution and conviction of them would completely change human history, bring hope and justice to the world, and end the phony "war on terror". The lies and myths of 9/11 have been used for destabilizing and attacking numerous weaker countries with valuable resources and strategic locations. 9/11 was used as the justification for illegal kidnappings and torture, the removal of fundamental rights like habeas corpus from the common law and the inalienable Bill of Rights in the US Constitution, and the placement of puppet regimes to privatize and militarize the earth under fewer further consolidated global corporations. 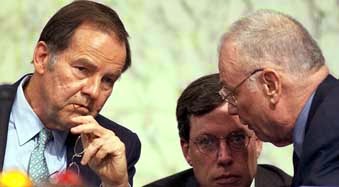 Of particular interest are the actual creators of the "War on Terror", people who wrote about it and pumped it up for years and then posed in media interviews as "experts" on the subject that they profited from in the aftermath of the tragedy. Florida Republican Senator Porter Goss, a former CIA operative, and Senator Bob Graham played key roles in the Congressional "investigation" that pre-dated the ill-fated President George Bush mandated 9/11 Commission headed by Thomas H. Kean and Lee H. Hamilton, but really run by Executive Director Philip D. Zelikow, an Assistant National Security Director to Condoleezza Rice, who should have been investigated instead of investigating and was opposed by 9/11 victim families, such as the Jersey Girls in the documentary titled "Press for Truth". 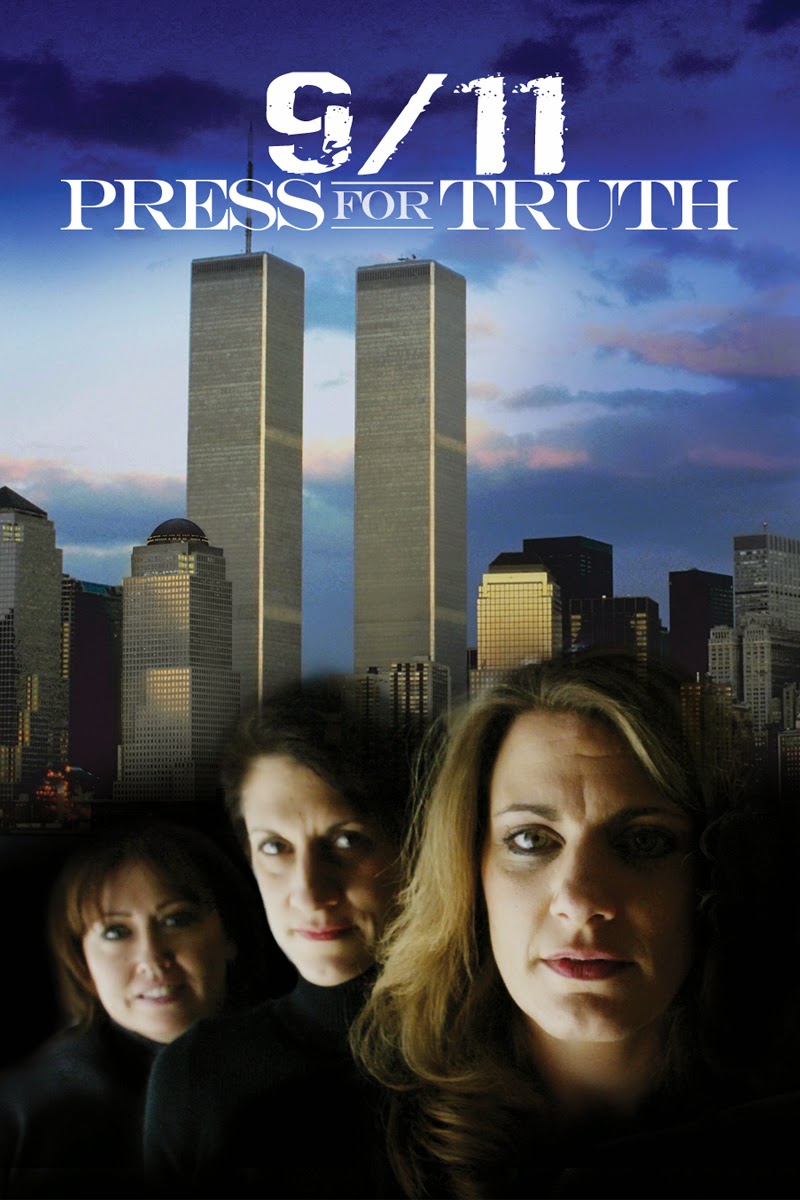 Lorie Van Auken, member of the Family Steering Committee for the 9/11 Commission and widow of Kenneth Van Auken who was killed at the World Trade Center, said, "Kevin Ryan has written a book that reminds us that the attacks of September 11, 2001 and their details have never fully been investigated. Kevin has laid out the historic framework in a way that has never been done before."
And Bob McIlvaine, father of Bobby McIlvaine, who was killed at the World trade Center, said, "Finally a comprehensive and meticulously researched book that thoroughly details what occurred before and on 9/11. Without a doubt, Another Nineteen should be required reading for those who want the real story."

It may seem depressing to take a deeper look into the darker side of the US corporate oligarchy captured state apparatus of the Republic of the United States. However, it is liberating and enlightening for those who break on through the mind numbing matrix to an analysis of the crimes that makes sense of the event and the exploitation of it. 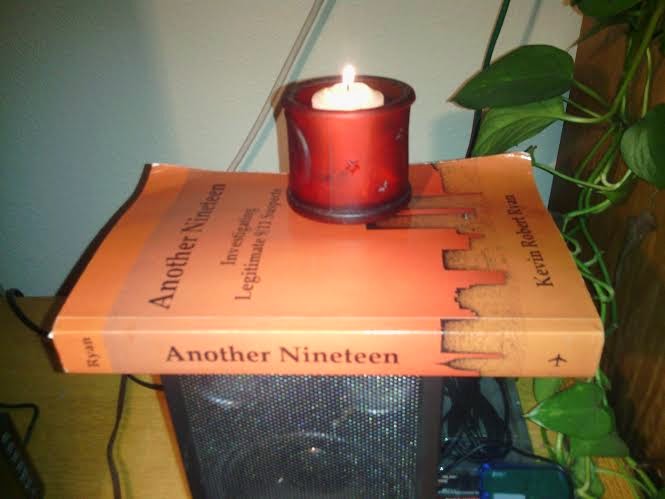 Kevin Ryan is the co-editor of the Journal of 9/11 Studies and a whistleblower from Underwriters Laboratories. He has contributed to many books and scientific articles on the subject of 9/11, and has made presentations around the U.S. and Canada. He has appeared on National Public Radio, Air America Radio, Pacifica Radio, C-SPAN Book TV, Free Speech TV, and Colorado Public Television.

Posted by Truth Troubadour at 5:28 AM