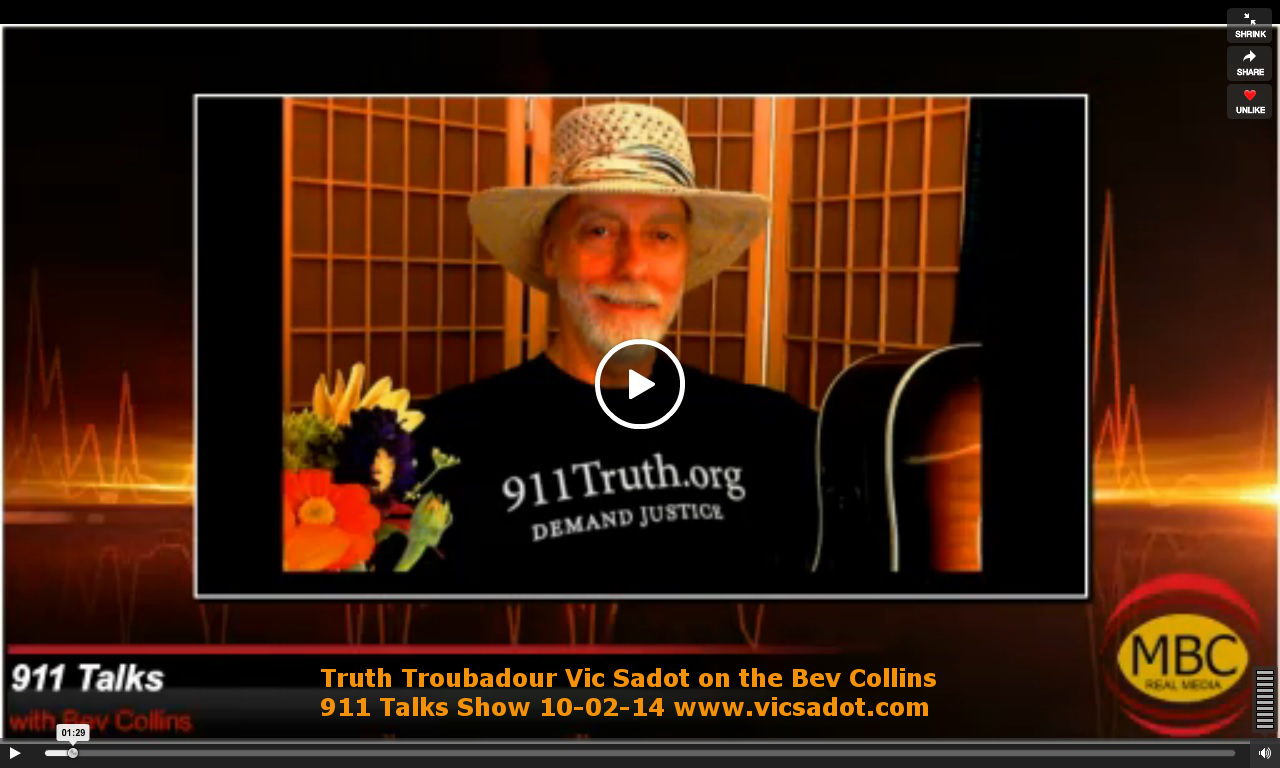 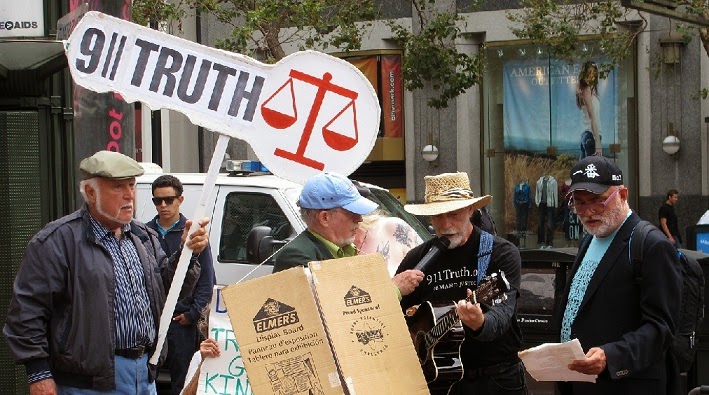 
Biographically, Vic told of how he had been influenced by Phil Ochs and the singer-songwriters in Broadside: The National Topical Song Magazine started by Sis Cunningham and Gordon Friesen in the 60's Greenwich Village folk music scene, which was inspired by the Civil Rights and Anti-War struggles of the times. Vic had the honor of breaking the story of Phil Ochs FBI Files story on the cover of Broadside in 1982. Vic met and interviewed his hero, Phil Ochs, in May  of 1973 (Free mp3 download at the Phil Ochs memorabilia and tribute site called No More Songs - The Phil Ochs Tribute & Memorabilia Site.

Vic told about how he moved to Berkeley, CA in 2008 thinking that KPFA would be a good place to get his songs heard. But he discovered a wall of gate-keeping at the Pacifica station except for a couple of independent volunteer shows like Project Censored and Guns and Butter Radio Show - Host Bonnie Faulkner. Fortunately, Vic said, there is No Lies Radio in San Francisco Bay are too. Vic praised Teri Perticone for discovering so many artists that sing topical singers. No Lies Radio can be heard on the internet 24/7 at www.noliesradio.org

Vic explained how he went to the DC Emergency Truth Convergence in Washington, DC in 2005 at the invitation of Janice Matthews of www.911truth.org

Vic said that his eyes were opened to many aspects of the event as a false flag operation with intended policy consequences. He named some who were there, such as Nafeez Ahmed, and Paul Thompson who wrote "The 9/11 Timeline" later to be known as the History Commons. At that conference Vic met David Schlesinger who had the idea that Vic, as a folk singer, should write a song about William Rodriguez, the janitor hero of the World Trade Center, who went from being celebrated to being persona non-grata for not being willing to compromise the truth. Dave arranged for Vic to interview Willie and the song came out of that process.

William Rodriguez's 9/11 Commission testimony was omitted as was that of Secretary of Transportation Norman Mineta's brief account of his time in the Presidential war bunker with Vice President Dick Cheney. Mineta cited 9:20 am as the time he first heard a young man questioning Cheney about the orders on the morning of 9/11/01. Vic explained that David Ray Griffin found the testimony of Mineta in a subcommittee report. That testimony about a plane approaching Washington after the World Trade Center Towers had already been hit "jumped off the page" as a great subject for the song, the one that would become "Cheney's in the Bunker". 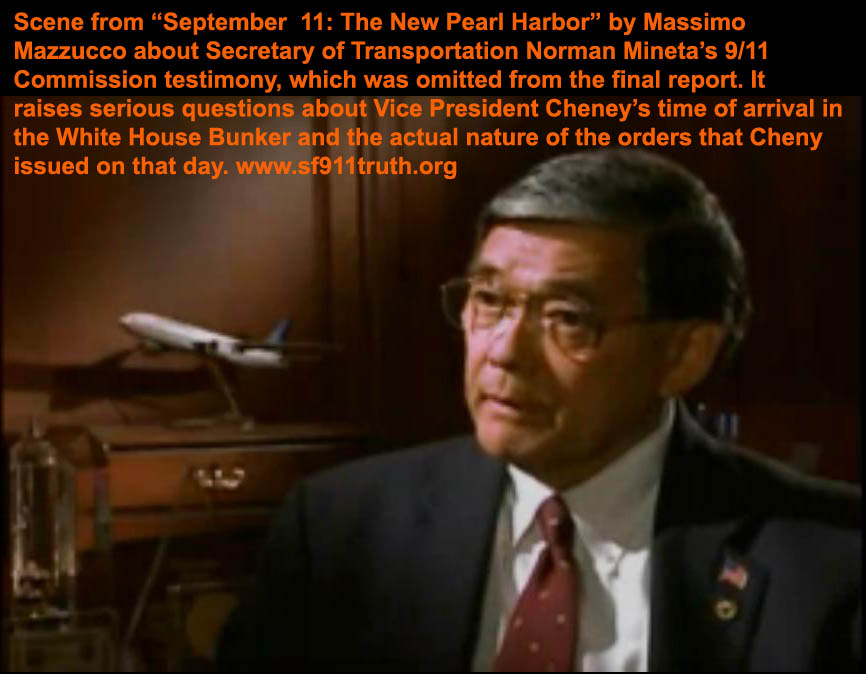 Vic credited Michael C. Ruppert's "Crossing the Rubicon" as the inspiration for his song "Blowback or Bloody Treason". And Vic explained that "Trouble in the Rubble" came from reading a newspaper article by Amy Westfelt of the Associated Press about how the rescue dogs weren't suffering as much as the humans were from working in the rescue and removal work of the toxic dust and the "white-hot debris". 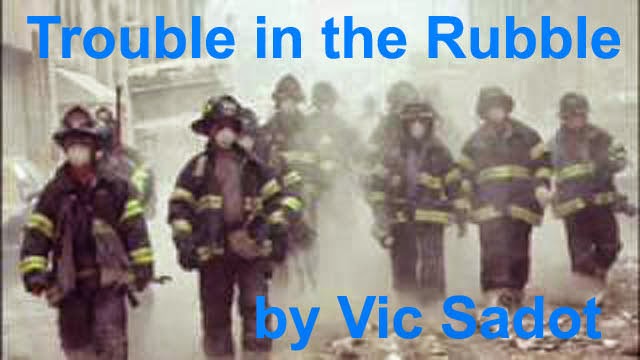 Vic made sure to give musicians credits and he named his brother Rob Sadot as electric guitarist, Dean A. Banks as the keyboard and bass player, and R. B. Hunter (Rbeast) as the drummer and studio owner-engineer at the Tune Room in Wilmington, Delaware. Zone Parker was the guitarist on The Ballad of William Rodriguez. Vic was able to plug the fact that he has made videos for all of these songs at Truth Troubadour YouTube Channel.

The recent 2014 9/11 Truth Film Festival held in the elegant Grand Lake Theater in Oakland, CA was another topic discussed. It is organized by volunteers from the Northern California 9/11 Truth Alliance, a non-profit educational group with an active website at www.sf911truth.org The entire event was live-streamed and has been preserved in the No Lies Radio archive with a donation pay per view system in place suggested at $15 but accepts anything even a penny. There are 13 segments that the viewers can pause, forward, rewind if they want to have focused conversations with friends and family. See www.noliesradio.org/filmfestival 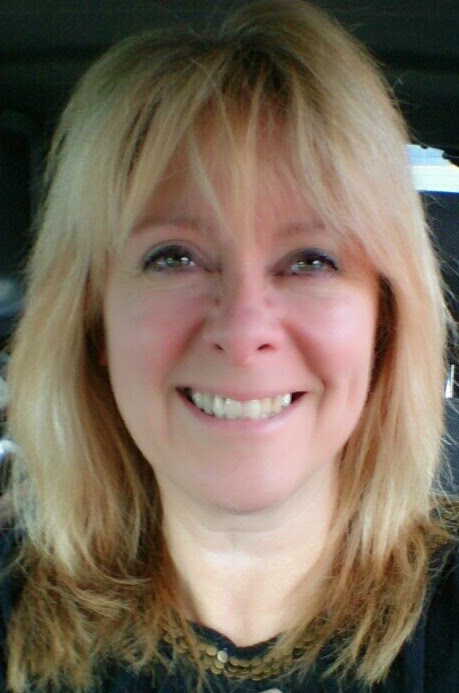 Bev Collins asked Vic Sadot to talk about some of the movies at the 9/11 Film Festival at the Grand Lake Theater in Oakland, CA on 9/11/14. Vic praised Massimo Mazzucco's masterful new and comprehensive survey of what we know about 9/11 thirteen years after the tragic and pivotal events of that day. Titled "September 11: The New Pearl Harbor", it is a 5 hour tour de force. Both Bev and Vic recalled that David Ray Griffin calls Max Mazzucco's documentary of the best 9/11 films ever. It was shown in 3 segments with intermissions. Debuting film-maker David Hooper was there in person at the Grand Lake Theater. His film is about how his late-blooming 9/11 rude awakening nearly wrecked his marriage. In fact, that was why he made "An Anatomy of a Great Deception by David Hooper". He is quite humorous at times. But he is also dead serious about how important it is to wake other people like himself up. Vic also talked about how Robbie Martin's "American Anthrax by Robbie Martin" ties a lot of loose ends together and should be seen as part of the 9/11 crimes even though that wave of killing and fear happened a few weeks after. Robby Martin ties it into the passage of the Patriot Repression Act.

There was discussion of how difficult it is for singer-songwriters to get 9/11 Truth songs heard. Vic mentioned that he has a "Truth Troubadour Showcase" at his Truth Troubadour YouTube Channel and a parallel Facebook page with the same name to promote the singers in the showcase, a little over 30 truth troubadours who have made YouTube videos. 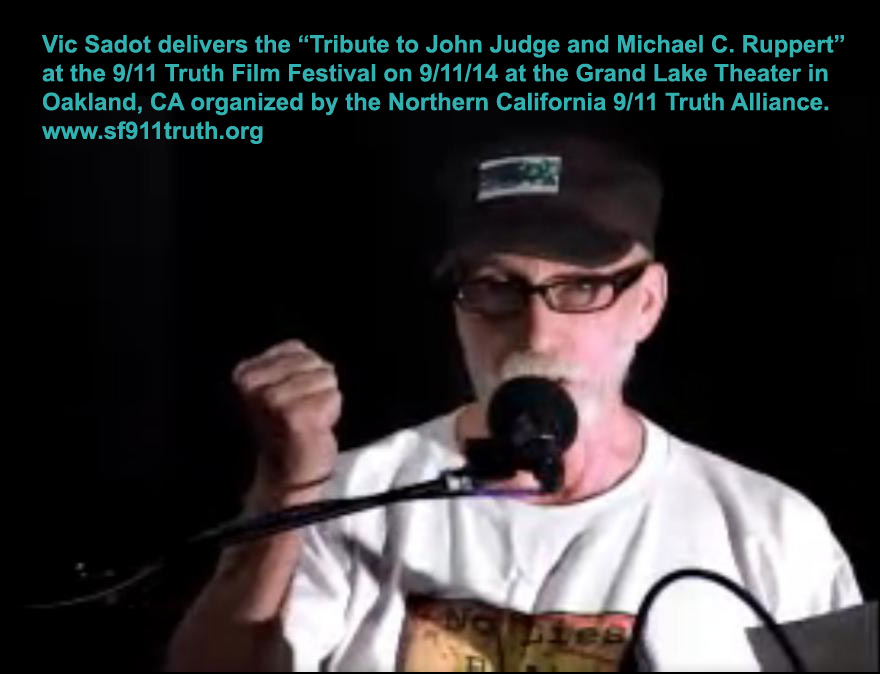 Vic quoted Pete Seeger at the end of the program. Pete said: “A singing movement is a winning movement. We're putting a world together before it blows itself apart. Over the years you'll find the magic made by the right song at the right place at the right time. Musicians can teach the politicians. It's fun to swap the lead. Musicians can teach the planners – economists, engineers, lawyers: plan for improvisation! Our greatest songs are yet unsung! So Rise up singing!

Posted by Truth Troubadour at 3:18 AM No comments: Links to this post