Kevin Barrett, PhD, organized an alternative Islamophobia Conference when his paper was accepted and then rejected when it was realized that the scope of his study included false flag psychological operations as part of a deliberate demonization "divide and rule" strategy of tension. The event was four hours long. It is now archived at No Lies Radio and at No Lies Radio YouTube Channel. This blog will showcase some screenshots for the excellent and informative presentation by a world class line-up of commentators. 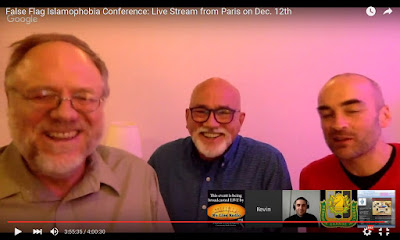 The hosts, Kevin Barrett and Tony Hall, were joined in Paris by Gearóid Ó Colmáin, an outstanding reporter for RT on the 2015 Paris attacks of January 7 and November 13 attacks that have been used in similar fashion to how the Bush/Cheney administration used the 9/11 attacks. They are laughing here when Kevin jokes that cops, journalists, and scholars not doing their jobs, "so we're here doing it for them". Kevin Barrett's blog is Truth Jihad.

Anthony James Hall is Professor of Globalization Studies at the University of Lethbridge and Alberta Canada. He is a prolific author of many publications including the epic series, Bowl with One Spoon. Volume One is entitled The American Empire and the Fourth World. It won the Alberta book award in 2004 as the best non-fiction text by an Alberta author. Volume 2 is entitled Earth into Property: Colonization,Decolonization and Capitalism. Earth into Property was selected by The Independent in the UK as one of the best English-language history books in the world published in 2010. Both volumes are published by McGill-Queen’s University Press. 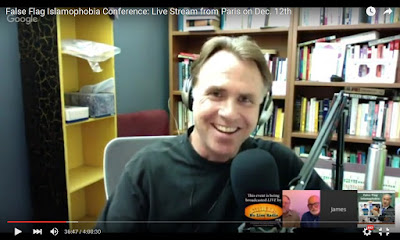 James Tracy, PhD in Media Studies and host of MemoryHoleBlog and Real Politik Radio was the first interview of a four hour show that was surprisingly well-paced and focused.

“La Conférence des Refusés! (The Conference of Those Not Allowed to Participate!) Illuminating the Lies and Crimes of the Friday the 13th ISIS Paris Attacks Deception. WARNING TO OUR FRENCH AUDIENCE: France has started blocking websites like they do in China.” Catherine Shakdam; Patrick Henningsen of 21st Centurey Wire; Muslim scholar and author Imran Hosein; Robert David Steele; Scott Bennett, former Army Psy Ops Officer and Booze, Allen, Hamilton employee and whistle-blower on terrorist financing; Brandon Martinez, the foremost researcher of the Paris attacks of 2015; Summary. Questions: Are false flag attacks – attributed to Muslims, actually committed by the enemies of Muslims – a major factor behind the spread of Islamophobia? Is “Islamic State” a real Muslim group – or a false-flag group created, armed and deployed AGAINST Muslims by the enemies of Islam? Who was really behind the recent terror attacks in Paris? 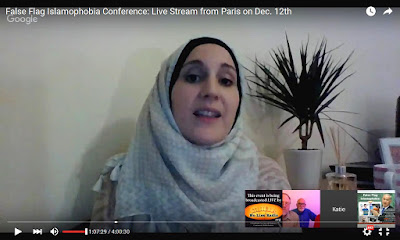 Catherine Shakdam, author at London School of Economics & Political Science. Catherine is a political analyst ​and reporter ​for MintPress - Catherine Shakdam focusing on​ the Middle East and the rise of ​radical movements. The Associate Director of the Beirut Center for Middle Eastern Studies, she has contributed her analyses to the Middle East Monitor, Foreign Policy Association, Your Middle East, IslamistGate, Majalla, ABNA, Open Democracy, International Policy Digest, Eurasia Review and many more. She also writes for The Middle East Eye and Near Eastern Outlook 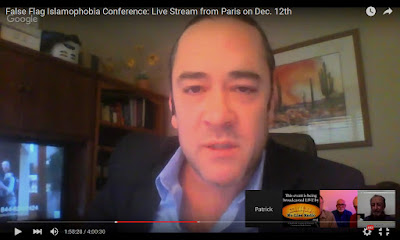 Patrick Henningsen of 21stCentury Wire and he is the host of the very popular Sunday Wire Show. 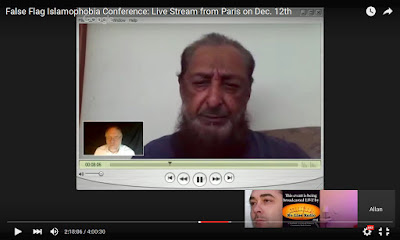 Muslim scholar and author Sheikh Imran Hosein.
He is considered an expert in Islamic Eschatology. 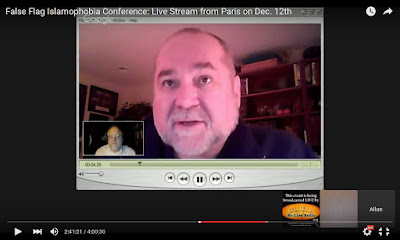 Robert David Steele is an American activist and former Central Intelligence Agency clandestine services case officer. He is known for his promotion of open source intelligence.
His blog is called Public Intelligence Blog.
His most recent book is titled
"TheOpen-Source Everything Manifesto: Transparency, Truth, and Trust"
(Manifesto Series) Paperback (June 5, 2012) 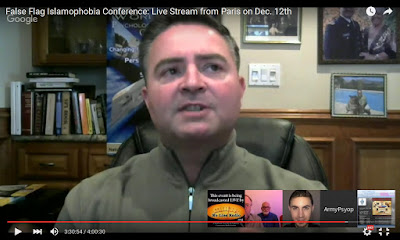 Scott Bennett, former Army Psy Ops Officer and Booze, Allen, Hamilton employee and whistle-blower on terrorist financing. Here Scott is talking about the meaning of the oath "to defend the Constitution of the United States against all enemies both foreign and domestic".
He is the author of "Shell Game: A Military Officer's Report To Congress". 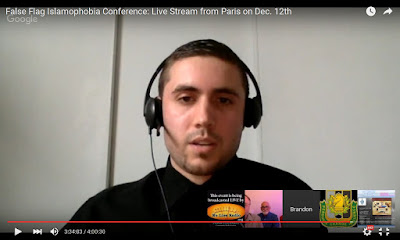 
The ISISConspiracy: US-Israeli-Saudi Intrigue (Part 1) (12:44) Published on Aug 31, 2015 by Brandon Martinez YouTube Channel. “In the first part of a series, Brandon Martinez of Non-Aligned Media unravels the murky origins of ISIS and unveils how the group's meteoric rise in Iraq and Syria is a continuation of US psychological warfare designed to facilitate the Zionist-Neocon agenda of toppling seven sovereign Middle Eastern and North African States.”

Listen to No Lies Radio at www.noliesradio.org

Watch the archived video of False Flag Islamophobia Conference in the No Lies Radio Archive
Posted by Truth Troubadour at 12:43 AM 1 comment: