On 9/11/01 Vice-President Dick Cheney issued "Continuity of Government" (COG) emergency orders from the bunker in the White House, and in the days thereafter President Bush declared a "war on terror" and called for passage of emergency legislation called the "Patriot Act". (1) This legislation was written before the tragic attacks on the people of the US and the Pentagon. Joseph Biden has claimed credit for writing it after the 1995 bombing of the Murrah Federal Building in Oklahoma. (2)

The "need" to pass this unconstitutional legislative attack on the Bill of Rights, on habeas corpus, and on the right to confront your accuser before a jury of your peers established by the Magna Carta in 1215 (3), was expedited by the Anthrax attacks of October 2001. 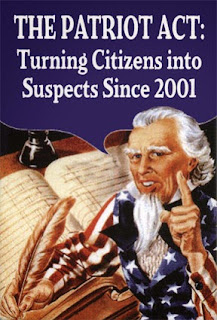 It is now known and accepted even by corporate-government propaganda media that someone, or some group, in the US military unleashed weaponized anthrax in letters that killed US Postal workers and others. Also, two of these anthrax laden letters were sent to the two Democratic Party leaders in the U.S. Congress who wanted amendments to the so-called “Patriot Act” that Congress had not had time to read, namely Senator Patrick Leahy and Congressman Tom Daschle. This attack on Congress shut them down. They had to evacuate their buildings to allow for the millions of dollars to be spent on scrubbing the offices clean of this deadly menace.

You may not realize it, but we have been living under this "emergency" executive decree to suspend the U.S. Constitution and the Bill of Rights ever since. Some of the worst provisions in the more correctly titled “Patriot Repression Act” were time-lined to expire. However, both “DemocRat” President  B. Obama and “RepublicRat” President G.W. Bush have puppet-like called for “The PACT with the Devil” to be re-authorized. So far it has been re-authorized every time.

This moment in history is an opportunity for you to end the 9/11 emergency and to restore the Republic and the Constitution of the United States. Please do that now! Vic Sadot

To Take Action To “Sunset The Patriot Act”:

Actions in Your Area on Thursday, May 20, 2015:
http://www.sunsetthepatriotact.com/protest

Footnotes to document statements in the article:
(1) The 9/11 Plan: Cheney, Rumsfeld and the “Continuity of Government” by Paul Schreyer Global Research, January 28, 2013. http://www.globalresearch.ca/the-911-plan-cheney-rumsfeld-and-the-continuity-of-government/5320879
(2)  Joe Biden Drafted the Core of the Patriot Act in 1995 … Before the Oklahoma City Bombing by Washington's Blog http://www.globalresearch.ca/joe-biden-drafted-the-core-of-the-patriot-act-in-1995-before-the-oklahoma-city-bombing/28148
(3)  The Magna Carta – Featured Documents at U.S. National Archives & Records Administration http://www.archives.gov/exhibits/featured_documents/magna_carta

Truth Troubadour Blogs end with a featured topical song by Truth Troubadout Vic Sadot. Vic Sadot is "Truth Troubadour" at blogspot, twitter, YouTube, etc. The song selected for this moment is "Cheney's in the Bunker", which was released in 2005 on "Broadsides & Retrospectives" and on Sept. 11, 2011 on "9/11 Truth & Justice Songs", both of which are available at CD Baby.

Cheney's in the Bunker is based on the omitted testimony of Sec of Transportation Norman Mineta to the 9/11 Commission and their arbitrary changing of timelines.

CHENEY'S IN THE BUNKER by Vic Sadot is a FREE MP3 at SoundCloud dot com/BroadsideBalladeer http://soundcloud.com/broadsideballadeer/cheneys-in-the-bunker

The sound track was released on 9/11/11 on the 16 song CD titled “9/11 Truth & Justice Songs” by Vic Sadot Singer-Songwriter, which is available for purchase at CD Baby. 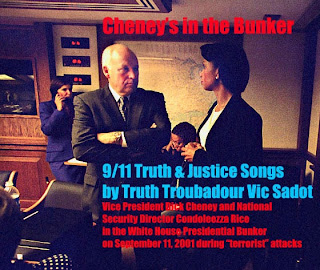 Peter Dale Scott, awardee of the BFUU Social Justice Committee’s Thomas Paine Courageous Spirit Award, is the foremost writer in the country on documenting the use of "Continuity of Government". He has documented how certain individuals, whether in public office or not at various times, were continuously involved in creating the COG measures over decades of time. He names Dick Cheney, Paul Wolfowitz, Donald Rumsfeld, and Col. Oliver North as being in that secretive official government group that worked on COG during the administrations of all U.S. Presidents since Bill Clinton. He claims that COG operatives created a separate communications system that was used to bypass even the regular military communications channels on 9/11/01. Peter Dale Scott painstaking documents these charges in “The Road To 9/11” and in his newest 2015 book “The American Deep State: Wall Street, Big Oil, and The Attack on U.S. Democracy”. 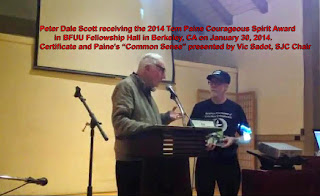 “The 2001 Anthrax Deception: The Case for a DomesticConspiracy” (2014) by Canadian professor Graeme MacQueen, the founder and director of the Centre for Peace Studies at McMaster University where he has taught for 30 years. He is also the author of The Journal of 9/11 Studies and holds a PhD in Buddist Studies from Harvard University. 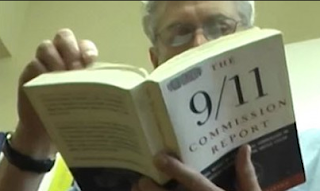 Millions of your tax dollars have been squandered on the misnamed “war on terror”. It should be called the US “war of terror” because it has been used to terrorize and traumatize the American people and to bomb, invade, and occupy many politically secular and independent Muslim countries rich in resources but militarily weak compared to the US, NATO, and Israel. Millions have also recently been spent on a new museum in New York City, the purpose of which is to sanctify the lies of 9/11 in a quasi-religious mythology that is considered beyond question by the media and the powers that should not be. BARBARA HONEGGER, MS, a former White House Policy Analyst, Special Assistant to the Assistant to the President for Domestic Policy during the Reagan administration, and Director of the Attorney General’s Anti-Discrimination Law Review at the Department of Justice, also served as Senior Military Affairs Journalist at the Naval Postgraduate School, the premiere science, technology and national security affairs graduate research university of the Department of Defense. BONNIE FAULKNER has been the host of "Guns & Butter Radio Show" at KPFA for 14 years. She is the living embodiment of The Statue of Liberty for the way that she carries the flame of truth and puts our history under the scrutiny of an illuminating light. 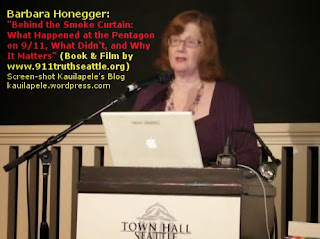 “9/11 MuseumVirtual Walking Tour” - Written by Barbara Honegger, M.S., author with a new book on the way, and film by 9/11 Truth Seattle, both titled "Behind the Smokescreen: What Happened at the Pentagon, What Didn't, and Why It Matters". (1:57:15) at Free Seattle YouTube Channel. Now video #44 in the “9/11 Truth & Justice Seekers – Facts vs Fictions” playlist at “SOCIAL JUSTICE IN THE HEART OF BERKELEY” YouTube Channel. Barbara Honegger and Bonnie Faulkner of “Guns & Butter” Radio Show are your 9/11 Truth virtual tour guides. Bob McIlvaine, who lost his son in the WTC towers, welcomes you to the tour. Mark Snyder of 9/11 Truth Seattle was the editor. 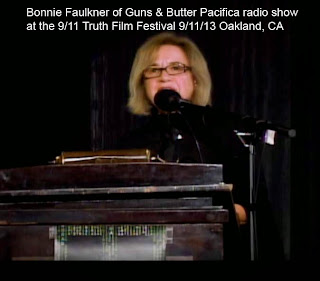 Notes: “At 9:11 a.m. on the 13th Anniversary of the 9/11 attacks, activists in the 9/11 Truth Movement from New York to California announced the Internet launch of “The 9/11 Museum Virtual Walking Tour” at http://youtu.be/0fJmQUv-b2Q  The 9/11 Virtual Walking Tour uses the physical exhibit items in the National 9/11 Museum at “Ground Zero” to tell a better documented story of what happened at the World Trade Center, the Pentagon, and in rural Pennsylvania on Sept. 11, 2001. The 9/11 Museum Virtual Walking Tour is a brilliant concept that effectively exposes the monstrous lies of the official story that the 9/11 Museum attempts to literally 'cast in stone' and to sanctify as a national religious faith-based myth.” http://youtu.be/0fJmQUv-b2Q?list=PLF6vlpoPDpR7ihjSfWYl2orRwOxcIiA8j 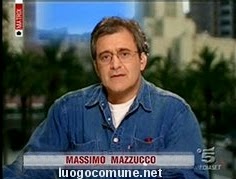 "September 11- The New Pearl Harbor" by Massimo Mazzucco - Full version (1/3) (1:55:07) at luogocomune2 YouTube Channel. Now video #41 in the “9/11 Truth & Justice Seekers – Facts vs Fictions” playlist at “SOCIAL JUSTICE IN THE HEART OF BERKELEY” YouTube Channel. In 2013 David Ray Griffin the dean of scholars investigating the crimes of 9/11/01 wrote a review in which he said, “This is truly the film we have been waiting for”. This documentary was one of the main features at the Grand Lake Theater for the annual 9/11 Truth Film Festival by the Northern California 9/11 Truth Alliance (SF911Truth dot org) on 9/11/14. http://youtu.be/O1GCeuSr3Mk?list=PLF6vlpoPDpR7ihjSfWYl2orRwOxcIiA8j

A Noble Lie:Oklahoma City Bombing 1995 (2:00:52) at WeAreChangeHollywood YouTube Channel. Now video #50 in the “9/11 Truth & Justice Seekers – Facts vs Fictions” playlist at “SOCIAL JUSTICE IN THE HEART OF BERKELEY” YouTube Channel.  “A fresh and in-depth look at the circumstances surrounding the 1995 Oklahoma City bombing created (by a community of activists in Oklahoma). Instead of accepting at face value the Federal Government’s deeply-flawed investigation, A NOBLE LIE features ground breaking information and eyewitness testimonies that refute the official story.” http://youtu.be/qD2cK2tKN20?list=PLF6vlpoPDpR7ihjSfWYl2orRwOxcIiA8j 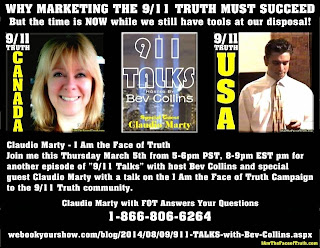 Posted by Truth Troubadour at 1:59 PM No comments: Links to this post

Truth Troubadour Blog: Questions about the Death and Dumping at Sea of Os...: Obama's Osama bin Laden Story story is "ONE BIG LIE" says senior American journalist with access to US intelligence and fame for breaking the My Lai Massacre in Vietnam. Seymour Hersh calls the Obama story about the alleged extra-judicial execution of Osama bin Laden in May 2011 "ONE BIG LIE".

This Truth Troubadour blog first posted in 2011 and updated when the Zero Dark Thirty torture justification movie was rolled out in 2012 has just been updated. It is getting a resurgence in reads in the wake of the famous journalist Seymour Hersh's charges that the alleged Obama extra-judicial execution of Osama bin Laden story was "One Big Lie".
Hersh's story is also "One Big Lie" and appears to be meant to enforce the premise that Osama bin Laden had not died earlier as widely reported and documented by David Ray Griffin. Note that Hersh's "One More Big Lie" is far more gruesome than the original one that Obama told the world about dumping the body at sea "in accordance with Muslim
practice". Hersh claims that his anonymous sources told him that the bin Laden body was disposed of by dropping parts of it out of a helicopter as the Navy Seals flew their helicopter over Pakistan. WTF!!! 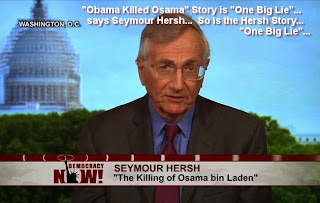 “Everything you need to know about politics in a song you can sing along to!” "One Big Lie" after another Big Lie is still "One Big Lie"!

Posted by Truth Troubadour at 1:13 AM No comments: Links to this post