AE911Truth.org presents the verifiable forensic and scientific evidence and leaves the conspiracy questions to the American citizens to debate. At this time over 1,700 Architects & Engineers have decided to risk their lives, reputations and careers to present the facts that they discovered by their scientific investigation. It destroys the faith-in-authority based official "conspiracy" story about 19 Muslims being directed from a cave in Afghanistan by a known CIA asset in need of regular dialysis treatment for kidney disease, yet devastatingly defeating the most sophisticated intelligence and defense capabilities in the world for which no US official who "failed" was punished, demoted, prosecuted, or even reprimanded, but only promoted and rewarded in the aftermath of the tragedy. Indeed! 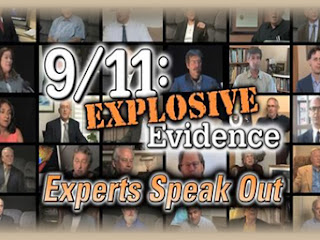 The NEW QUESTION about 9/11 becomes this: If military grade nanothermite has been proven to be in samples of the dust from the World Trade Center rubble as presented for scientific peer review in "The Open Chemical Physics Journal" in 2009, which is available on line, and as it thereby exposes the lies and the impossibility of 110 story steel frame buildings disintegrating due to fires, then who had the means, motive, and opportunity to place the nanothermate in the three buildings that imploded? Building #7 was not hit by a plane, and yet it went down in less than 7 seconds with Dan Rather calling it a "controlled demolition while showing a video on live TV showing Building #7 exploding, disitntegrating, and symetrically collapsing  at near free fall speed amid vast pryroplastic clouds of toxic dust. Owner Larry Silverstein later said on a national TV show that he conferred with the fire chief to "pull it"! Yet NIST (National Institute of Standards and Technology) claims all three buildings came down in total collapses due to fires, a first in the entire history of steel frame buildings. We were asked to suspend the laws of physics three times in one day and asked to accept the official conspiracy story based on faith in the authorities spinning the story. Muslim patsies are unlikely to have had such access to the World Trade Center.

Instead of 9/11 being a cause celebre for revenge and an endless "war on terror", along with the alleged necessity for us to give up the Bill of Rights and habeas corpus, 9/11 goes back to being a major murder crime scene in need of a truthful and trustworthy investigation. 9/11 returns to the original questions related to finding out who was involved and who knowingly helped to cover it up. That would be a paradigm shift in people's perspective, and it would re-frame that historical moment and take away it's use as the justification for the terrible wars and trashing of rights that GW Bush and Obama have used it for, now wouldn't it? 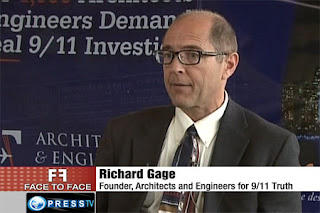 Instead of sending the troops and drones overseas to expand the corporate empire, and instead of illegal surveillance of every citizen in the "Homeland", we would have to change the response back to standard operating crime procedures by sending in our best detectives to review the evidence, trace the advance financing and later profiteering, subpoena order powerful and connected people to testify under oath or to negotiate for immunity in exchange for providing evidence, and determine who gave the stand down orders or who was guilty of the "failures" that only went rewarded, and give this process a full public airing of what the detectives come up with that would be worthy of a great democratic republic. But for the moment, forget about conspiracy theories! Let's get back to the task of determining fact from fiction by using logic and the scientific method. Watch this 59 minute move because it's that important to not getting  fooled again and to prevent the next false flag psy op. Open up the locked gates and let Truth & Justice come rolling in!

Posted by Truth Troubadour at 5:38 AM